On this day 8th Aug 99 I was in Las Vegas about to marry a girl from Boston.
We were all there from Warner/Piss Drunx crew.
Alex Moul started talking to some people at the hotel that thought we were in a band. He went along with it and made up a name, "Scorpions Penis" or "Scorpions Bellend" and I was apparently the lead singer.
Anyway me and the girl from Boston and her friend were driving around "looking for" the chapel. And even though in Las Vegas the driver "could not" find the chapel.
So we didn't get married but we had rings made and I wore mine for quiet some time after we had parted ways and I was living in Europe. And then one time I took it off to show the inside to two girls. They said they didn't believe me so I took it off and gave it to them to look at.
This was in Sweden somewhere in a field. They said they dropped it and we looked for it for a long time. I remember being very angry and telling them; we're not leaving until we find the ring! We didn't find it but one of the girls said her father had a metal detector and was gonna come back the next day with it and look for it and find it.
Well that never happened and I never saw my ring again.
But then on my last birthday I get an Instagram DM from the girl from Boston. It's a photo of us in Vegas.
And we start talking and it turns out that she still has her ring.
So in a way I still get to see it or at leased how it looked like.
Even though we never did get married 15 years ago and we live in different parts of the world I'm glad we can still be friends.  Thank you "Girl from Boston" who is none other than the lovely Courtney Collins. ❤∞ 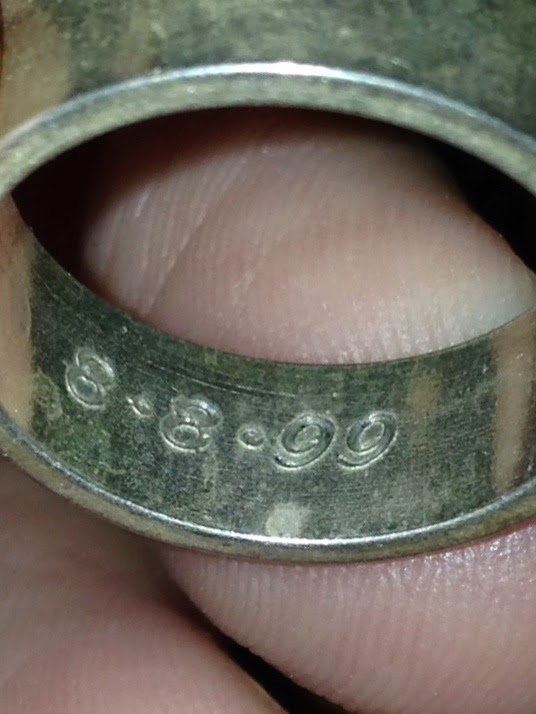 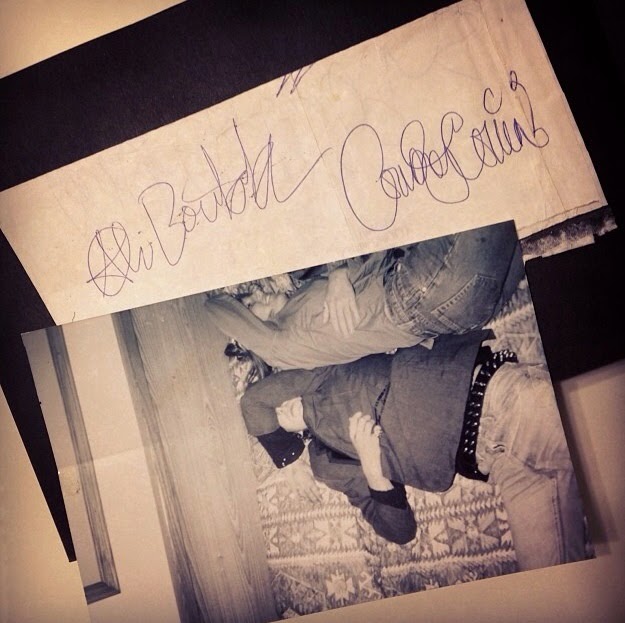