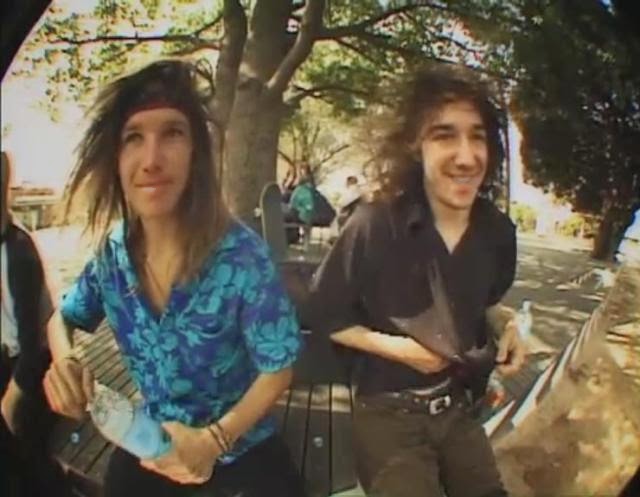 Ok Someone requested that I write about Shane Cross. Or to be more blunt and specific they wrote; I should write about how I killed Shane.
I get these type of messages pretty often. So I'll write about it.
Mars 6 2007. I was out skating and having a good time with my friend Shane and a group of our friends. I we were filming for the Flip video. After skating we went to Cherry Bar. (Much like most nights) that night they had a quiz night and I apologized to the girl that had organized it. I had behaved badly on one of the things she had organized earlier. I only know that this is the night of the 6th of Mars because someone told me this,( long after the accident. )
After that we all went to Amanda's.
That's is all I can remember.
I wanted to do something else, (but that's for some other time)
Everything else from that night that I know is things that I've been told.
I my self don't remember what exactly happened or how.
Not because I was to wasted but because I hit my head so hard that I almost died.
I know we were wasted because I read later ( and the police showed me) that I had a blood alcohol .15 and Shane .18
Ok now more about why I'm writing this;
I often get angry, negative and sometimes threatening messages/comments.
I don't think the people that write these horrible things understand how horrible this whole thing has been and still is for me.
The worst thing about this accident has already happened and someone writing negative things will not change that.
All that it does is spread hate, anger and negatively.
The very opposite of what Shane and his whole life was about.
The people that knew him know this so well.
I understand that people are angry at me and that the whole thing happened.
I also understand that under anger lies sorrow.
I know this because I was and still am angry and hate my self for what happened.
But under that anger and hate, I am actually really really sad. So very sad that I have lost a very dear and loved friend.